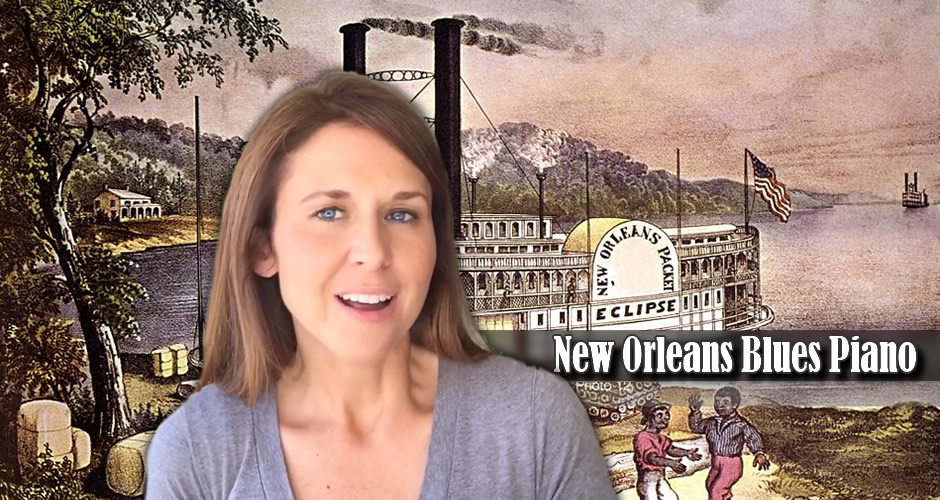 New Orleans blues, is a subgenre of blues music and a variation of Louisiana blues that developed in the 1940s and 1950s in and around the city of New Orleans, rooted by the rich blues roots of the city going back generations earlier. Strongly influenced by jazz and incorporated Caribbean influences, it is dominated by piano and saxophone but has also produced major guitar bluesmen. Major figures in the genre include Professor Longhair and Guitar Slim, who both produced major regional, R&B chart and even mainstream hits.

Purchase the worksheet from the videos below [5.00 $]

An introduction to my 4 video series on playing a G blues in the New Orleans boogie blues style, much like you might have heard from Dr. John or Professor Longhair.

I use "Sweet Home Chicago" to give a quick blues lesson on a "boogie shuffle" accompaniment I like to play. It is in the style of Dr. John and will give a great New Orleans feel to your blues.

Another swingin blues idea for you! This one fits with the others from parts 1 and 2, and is the perfect way to increase your Blues vocabulary. Key of G.

Want to add some 16th notes to your blues playing, like a BOSS? Make sure you watch the other 3 videos first and then learn this lick that is sure to boost your blues game!