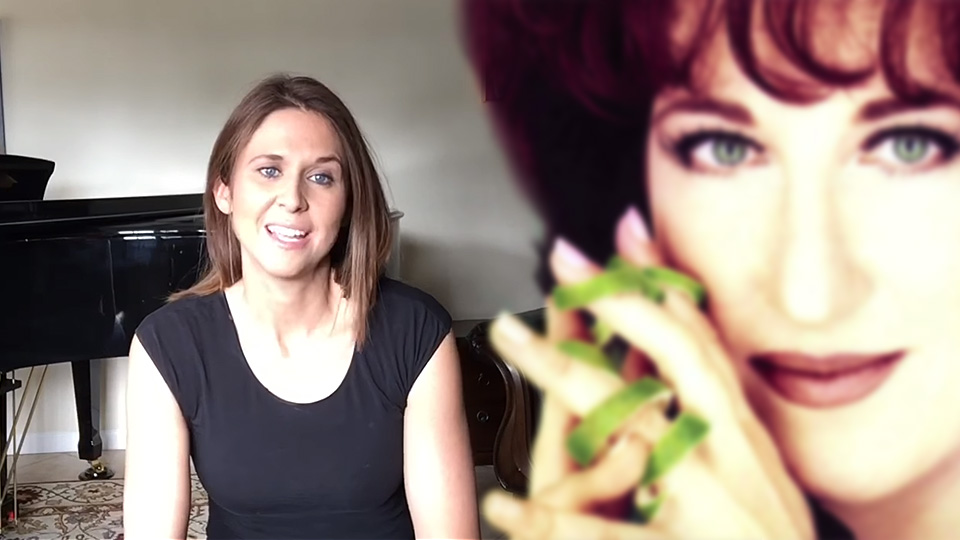 Why It's Important To REALLY Learn The Melody

When you are learning a new jazz tune, it's imperative to get the melody right. To learn it the right way. What is the right way? How do you know that? Let me tell you.

One of the most exciting female jazz singers to emerge during the '90s, Kitty Margolis is a daring improviser and talented scat singer who achieved substantial critical acclaim while recording exclusively for her own label. Born November 7, 1955, in San Mateo, CA, Margolis soaked up all kinds of music during her childhood in the Bay Area and began playing guitar at age 12, inspired by Joni Mitchell as well as roots musics like folk, country, and blues. She also studied world music (which would later inform her recordings) and spent several years attending Harvard, where she sang in a Western swing band; however, she found her permanent love in jazz when she caught a performance by Rahsaan Roland Kirk at New York's Village Vanguard. She transferred to San Francisco State University to study the music (her teachers included John Handy and Hal Stein), as well as studio engineering, and spent years honing her vocal technique and improvisational ability. Live at the Jazz Workshop. Margolis began performing publicly in 1978 and spent much of the early '80s working with guitarist/vocalist Joyce Cooling.

She formed her own trio in 1986 and became a regular presence in Bay Area jazz clubs, and also set up her own label, Mad Kat, with fellow singer Madeline Eastman. Mad Kat issued Margolis' first album, Live at the Jazz Workshop, in 1989, the same year she made her well-received debut at the Monterey Jazz Festival. Her first studio album, 1994's Evolution, was the one that really made her name in the jazz community. Featuring guests like Joe Henderson and Joe Louis Walker, it helped her win the honor of Talent Deserving Wider Recognition in that year's Down Beat critics' poll (which she would repeat in 1995 and 1997). Her follow-up album, 1997's Straight Up With a Twist, was her most eclectic outing yet, featuring often quirky interpretations of standards, plus guest appearances by Roy Hargrove and Charles Brown. Taking her time between recordings, Margolis returned in 2001 with her fourth album, Left Coast Life, which once again received highly complimentary reviews.