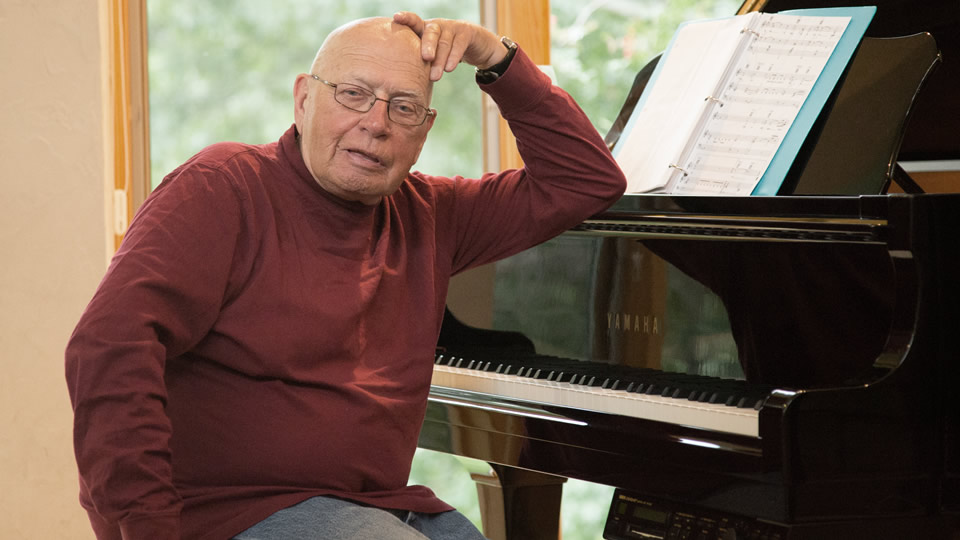 Speak To Me Of Love (For Phil Mattson)

“Phil Mattson is the greatest vocal jazz arranger on the planet.” – Richie Cole

In the last while, before Phil's passing, he had a dream to form a vocal group. He invited myself, Tama Shutts, Angela Parrish, Christine Guter and Gerhard Guter (and later, Michele Weir) to be his singers, and we called ourselves "5 PM." Phil was commissioned to arrange "Speak To Me Of Love" by Jed Scott, but let us try it out at this rehearsal, which we recorded (thanks to Mark Mattson). It was shot in April of 2018.